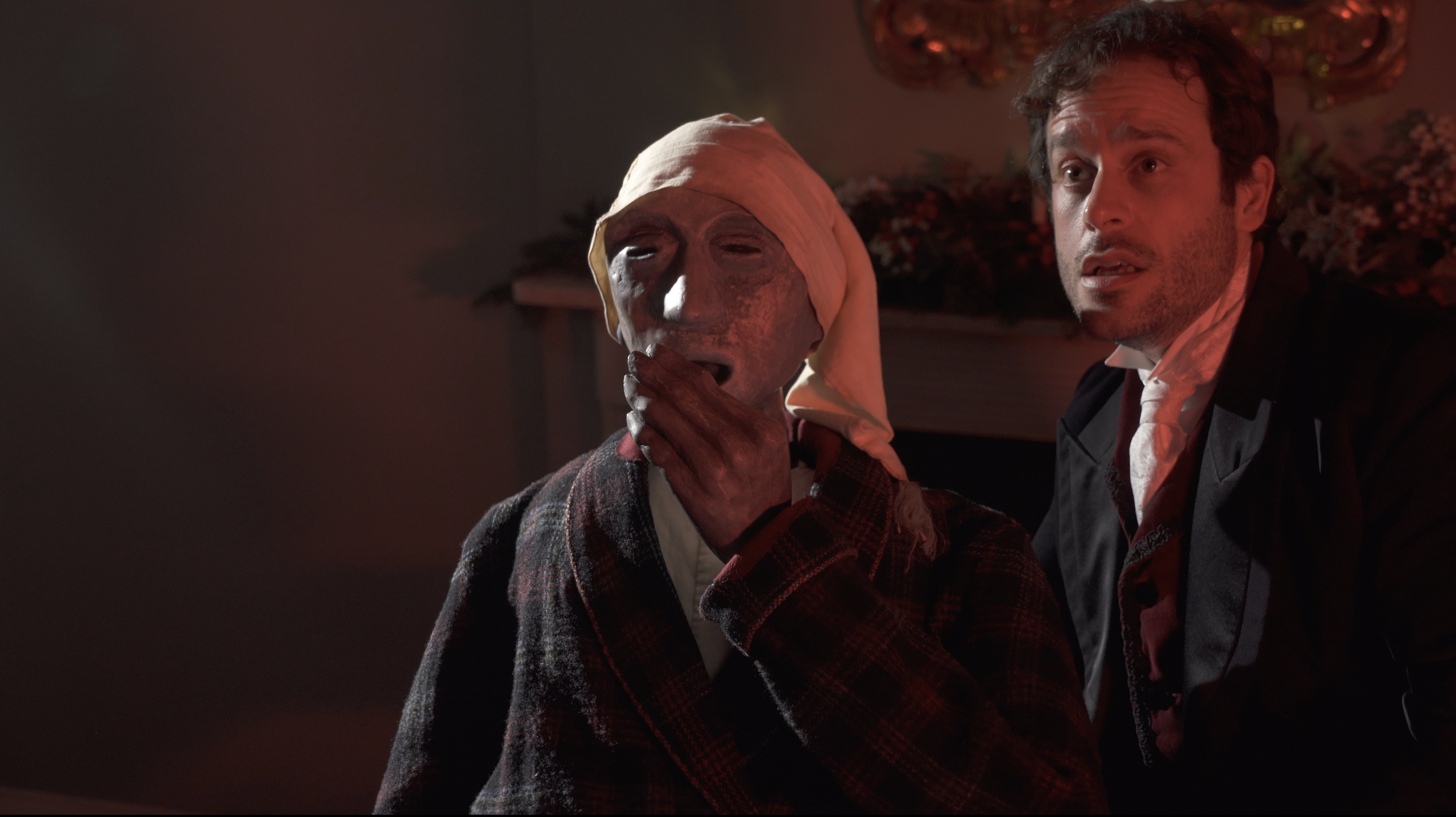 Dominic’s A Christmas Carol, directed by Tim Carroll, has been filmed for an immersive live stream this Christmas on 17th, 20th & 31st December told from inside Dickens’ London home.

Tickets are £15 per person/device and each stream will be followed by a live Q+A with Dominic and a special guest – to be announced! Book here

Dominic is also doing a live reading of A Christmas Carol UNABRIDGED on 23rd December for all the serious Dickensians out there, who want to hear every word of the original novella!

Tickets for this reading are priced as a pay what you can this year, for as little as £10. Book here

Dominic has adapted Dickens’ much-loved Christmas story to an hour-long performance, directed by former Globe Associate Tim Carroll. The show exists in both a solo and duet form: the first is based on Dickens’ own edit of his story, whilst in the latter he shares the stage with a special ‘Scrooge’ puppet created by Mandarava and a Violin underscore performed by Alexis Bennett

“I was spellbound by Dominic Gerrard’s one-man show of A Christmas Carol. It’s the perfect way to begin your Christmas…”

“What a gorgeous Carol. Anyone going to see this is lucky indeed. Don’t miss this brilliant young actor. He is just superb.“